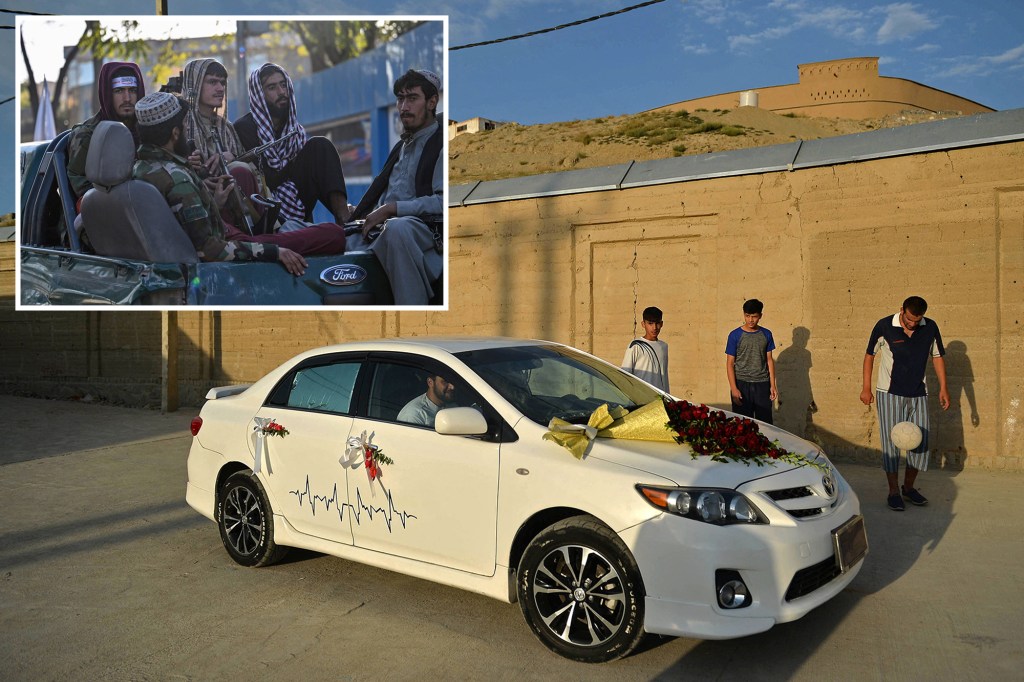 Three gunmen claiming to be members of the Taliban shot dead three people while attending a wedding in Afghanistan because music was being played at the front desk, according to a report.

A spokesman for the Taliban government said two of the three attackers had been arrested after the incident on Friday, but denied that they were acting on behalf of the Islamist movement.

“Last night, at the wedding of Haji Malang Jan in Shamspur Mar Ghundi village of Nangarhar, three people who introduced themselves as the Taliban went into the matter and [asked] that music stops playing, ”said spokesman Zabihullah Mujahid on Saturday, the Agence France-Presse reported.

“As a result of the shooting, at least three people have been killed and several others injured,” he said. “Two suspects have been remanded in custody by the Taliban in connection with the incident, and one who fled is still being prosecuted.”

Mujahid added that “the perpetrators of the captured incident, who have used the name of the Islamic Emirate to carry out their personal feud, have been handed over to face Sharia law.”

Qazi Mullah Adel, spokesman for the Taliban governor of Nangarhar province, confirmed the incident but did not give details.

A relative of the victims said the assailants opened fire while music was being played.

Music was banned the last time the Taliban ruled the country between 1996 and 2001. Although the new government has not yet issued such a decree, its leaders still regard its use in entertainment as a violation of Islamic law.

“The young men were playing music in a separate room and three Taliban fighters came and opened fire on them. The injuries to the two wounded are serious,” the witness said.

Mujahid told reporters: “In the ranks of the Islamic Emirate, no one has the right to expel anyone from music or anything, just to try to persuade them. That is the main road.

“If anyone kills anyone by themselves, even if they are our staff, it is a crime and we will introduce them to the courts and they will face the law,” he added.

After returning to power in mid-August after overthrowing the US-backed government, the Taliban have sought to show a more moderate face while seeking international recognition and an end to crippling sanctions.